How to age gracefully 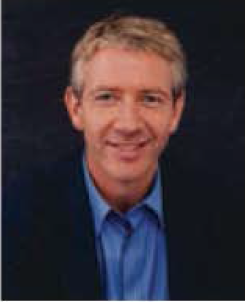 With the proportion of the world’s population over 60 years of age expected to double by 2050 and the number of people over 85 set to rise from 700 000 in the late 1980s to 3.5 million in 2027, the cost of healthcare and managing what has been called ‘the silver tsunami’ is a massive challenge facing governments and the medical profession alike.
On the other hand, the baby boomers who have just hit 65 are the first generation that can choose how well they age. British nutritional therapist Patrick Holford believes you need a strategy for ageing and that growing older doesn’t necessarily mean a rapid physical decline. In his latest book, The 10 Secrets of Healthy Ageing, Holford and health journalist Jerome Burne outline what happens when your body ages and how you can increase your chances of staying healthy and functioning well for longer.

Physical changes as you age

According to Holford, some of the changes you can expect as you age include the following:

Less muscle mass ‘By 40 you are already starting to lose muscle mass at the rate of about one percent a year,’ he says, ‘and your tendons and ligaments are becoming less elastic. Only one in five people in the UK aged between 65 and 74 exercise enough to reverse that.’

Flagging hormones ‘By 50 your levels of the hormones needed for the likes of libido, muscle mass and skin repair will have dropped sharply,’ Holford notes.

Declining bone health ‘Half of those who reach 65 have signs of osteoarthritis, and every year after the age of 65, one in two will have a bad fall that can cause a fracture, a hospital visit and possibly admission to a nursing home.’

Hitting 65 ‘Over 65 is the watershed,’ comments Holford. ‘This is when 50 percent of all heart attacks occur, most strokes, three-quarters of cancers and 95 percent of the deaths from pneumonia.’

Losing your marbles The risk of dementia is still relatively low by 65, according to Holford. ‘But 20 percent of 80-year-olds will be affected.’

Hearing loss By 80 years, half of both men and women will have a hearing problem.

If this sounds depressing, it’s time to take action to turn back the clock, asserts Holford. ‘Your nutrition should be optimal as you get older because cells become less efficient with age,’ he says. Rather than feeling resigned to a sense of fate, you need to manage your health and take care of your body.

‘There are two myths about ageing,’ says Holford. ‘The first is that you don’t need to take supplements; the second is that your risk of getting diseases all comes down to your genes. Neither of them are true.’

Because your diet alone does not provide you with all the nutrients you need, it’s important to take supplements, especially since the level of various minerals and vitamins in your body declines as you get older. The vitamins that Holford recommends taking are vitamin D, B vitamins including B6, B12 and folic acid, vitamin A and vitamin C. These are well known for their antioxidant properties.

Vitamin D ‘Vitamin D is now being more generally recognised as a wonder vitamin,’ comments Holford, ‘and how much you need to take is currently a highly controversial topic. Everyone agrees that you need between 5 and 10 micrograms (mcg) a day to protect your bones, but the big debate is whether taking much higher amounts will also cut your risk of heart disease, diabetes, various cancers including breast and colon, and improve your immune response.’ Holford recommends taking at least 15mcg a day for optimum supplementation. He adds that while you do need to be careful in the sun, it is not the enemy as it helps your body produce vitamin D.

How do you avoid the classic elderly stoop? You counter this loss of muscle mass, says Holford, by ensuring an adequate intake of protein from meat, whey, beans and dairy, and getting enough exercise. ‘But not, and this is important, the kind that doctors usually recommend – a little light walking or jogging,’ he says. ‘To build muscle you need resistance training – and that means weights, springs or resistance exercises that really stress your muscles.’ An added bonus is that weight training has been found to help cancer patients and those who suffer from a muscle-wasting disorder called cachexia.

How to keep wrinkles at bay

‘Youthful skin cells are pumped with water, so the more you can help them stay that way, the better your skin will look,’ says Holford. He mentions the importance of vitamin A ‘because it creates a thick, healthy epidermis which will help keep moisture locked in’. Getting omega-3 and 6 from your diet is also vital as these essential oils coat the membranes that surround skin cells, keeping them plump. Foods which contains omega-3 fats include salmon, sardines, piltchards and fresh (not canned) tuna, as well as flaxseed, pumpkin seeds and walnuts. Omega-6 fats are found in sunflower and sesame seeds.
Drinking sufficient water (at least eight glasses a day) is likewise important. In addition, Holford recommends applying a transdermal vitamin A and C to the skin, ideally twice daily, avoiding strong direct sunlight and ensuring your daily supplement regime includes vitamins A, C, zinc, essential omegas and other antioxidants.

Another anti-ageing tip Holford and Burne share in their book is the significance of surrounding yourself with friends and family. This results in a sense of connectedness, which can counter the feelings of loneliness and isolation often associated with old age. Holford talks about having a ‘healthy mindstyle’, which encompasses having a sense of purpose and feeling engaged. ‘Your state of mind has a remarkable effect on how you feel as you age,’ he says. ‘The worst attitude you can have is that of cynicism, while the best is a positive engagement in life.’ This may include having a strong faith in God, prayer or meditation.
While critics may have undermined the quest for eternal youth, Holford counters that his book is not intended as a guide to cheating death. ‘In the end, it’s not about putting more years in your life, but more life in your years,’ he says.

Book giveaway 50 Something is giving away ten copies of Patrick Holford and Jerome Burne’s book, The 10 Secrets of Healthy Ageing. To win a copy, simply send your name and address to competition@picasso.co.za by 30 June 2012.