How to escape the debt trap 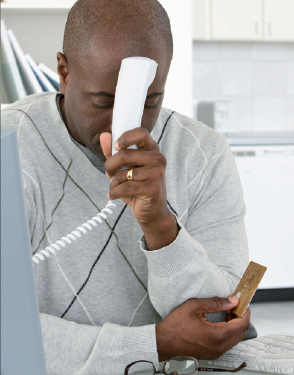 Mandy van der Walt* was up to her neck in debt. She owed over R130 000 for her mortgage, car and a number of credit accounts. She didn’t even have enough money to buy food after all her debt repayments were made every month. That was when she decided it was time to seek help.
In 2011, Mandy applied for debt review and counselling. She wanted to have her debt restructured in a more manageable way so that she could find her way back to financial sustainability. “Debt counselling is a legal process whereby you apply to have your debt restructured so that you can pay household expenses and still be able to pay off debt at a reduced instalment at the end of the month,” says Nobantu Motsweni, debt counsellor at Legal & Tax.
Almost half of South Africa’s 20 million credit-active consumers are struggling to meet their debt repayments, according to the National Credit Regulator (NCR). This means half of consumers with access to credit have payments that are in arrears by three or more months, are slow payers or have a debt judgment or an administration order granted against them.

If you are caught in a debt trap, debt counselling might be the right way for you to escape and make a fresh start with your finances, says Motsweni. But she recommends that you exhaust all other options first as it is a lengthy process and there are costs involved.
The debt counsellor will take care of the debt restructuring process for you, which will culminate in seeking a consent order for new payment agreements in court. “The consent order ensures that your creditors stick to the new repayment arrangement and may not take legal action against you,” says Motsweni. “The order also means that you won’t be blacklisted by the credit bureaux and that your goods will not be repossessed.”
If some of your creditors have taken legal action for late or non-payment of your accounts, those debts cannot be included under the debt counselling processes. “For that reason, you should apply for debt counselling before debtors take legal action against you,” Motsweni advises.

* Not her real name

How indebted are SA consumers?

Debt levels among consumers remain stubbornly high, despite a low interest rate environment. According to the NCR, almost half of South Africa’s 20 million credit-active consumers are struggling to meet their debt repayments. The number of consumers with impaired records – accounts that have not been paid for three months or more – increased by 71 000 in the third quarter last year to 9.76 million from 9.69 million in the previous quarter.
The household debt to disposable income ratio in South Africa is 75%, according to the Reserve Bank.