Jingle bells at the tills?

As a child, Christmas was always a highly anticipated time. My sisters and I would count the ‘sleeps’ till Christmas Eve. In fact, if you’re a parent, you’ll know exactly what I mean. There’s no better way to get excited about the festive season than by having little people around who eagerly gobble up their advent calendar chocolates every day in the countdown to Christmas.
But being a parent has its downsides. While children can write letters to Santa with a wish-list that’s a mile long and completely beyond the limits of reason, parents have to be frugal. We have to think of budgets, the one-gift-per-family-member rule and the awful hangover that sets in when we realise we’ve overspent and now have to face up to the consequences.
For retailers, who barely manage to cover their overheads during the rest of the year, Christmas is like the proverbial light at the end of the tunnel. The festive season accounts for 50% of their annual turnover and around 70% of their annual profitability, according to Ernst & Young retail expert Derek Engelbrecht. ‘It’s a make or break time for retailers,’ he says. ‘If it wasn’t for the spending splurge at Christmas, they wouldn’t remain profitable.’
There’s no doubt that this year has been tough for consumers. (Last year was too, come to think of it, and the year before that, but no matter.) The usual suspects are to blame for limiting the number of shekels in your back pocket: rising fuel prices, higher electricity and food costs, a poor rand-dollar exchange rate, which makes imports more expensive, and the simple fact that there are more people out there who either don’t have a job or don’t have full-time employment. 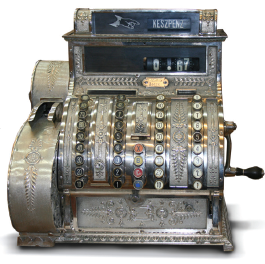 Engelbrecht says it’s unlikely that consumers will be able to turn to credit to help them fund their Christmas purchases as their cards are probably already maxed out. He believes South Africans are spending less per gift than they were previously and probably also looking to buy ‘experiences’ such as a massage, rather than just stuffing notes in an envelope.
What will you be buying this year – CDs, books, toys, clothing or a gift voucher? Funnily enough, something as banal as chocolates topped last year’s list of most likely Christmas presents, according to the Deloitte Year-End Holiday Survey. (Be warned – this is not part of the Tim Noakes diet. In fact, neither are mince pies, Christmas pudding or roast potatoes. But you can eat the turkey.)
The same survey noted that food as a share of consumers’ overall festive spending increased from 27% in 2011 to 30% in 2012. But Engelbrecht believes that volume growth in Christmas sales will probably be pedestrian (last year, year-on-year growth was a measly 2.4%). ‘The sad truth is that if you want to get products to “move”, you need to lower the price, and when you do that, manufacturers’ profit margins get squeezed,’ he says. But that seems to be the only way to boost volume growth at the moment.
It’s not all doom and gloom, obviously. Young people seem oblivious to the concerns that adults have (probably because they don’t have mortgages or university fees to pay). According to the Deloitte survey, around 14% of consumers aged 18 to 24 said they felt current economic conditions were positive, compared to only 2% of consumers aged 55 to 64.
So let’s look for the silver lining this Christmas. If the wise men were able to bring the Christ child gold, frankincense and myrrh, perhaps we could afford to buy a humble present or two. After all, retailers are depending on us to stay alive.