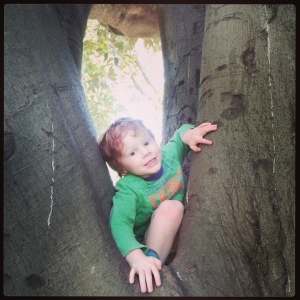 Report cards can be embarrassing, especially when you don’t perform as well as you should have. That seems to be the case with South Africa – and we’re not talking about our economic growth rate or Bafana Bafana not making it to the World Cup. We’re talking about the healthy habits (or lack thereof) in our nation’s 18.5-million children. According to the Healthy Active Kids SA Report Card 2014, only 50% of learners between the ages of six and 18 are exercising for 60 minutes a day and less than half of SA children are participating in organised sport or a recreational activity.

The report draws on research findings from six universities, including UCT, Wits and UKZN, and was compiled in collaboration with the Medical Research Council of South Africa, the Sports Science Institute of South Africa, the Heart and Stroke Foundation of South Africa and Discovery Vitality. Report co-author Professor Vicki Lambert of UCT says that South Africans still have a long way to go to improve kids’ health: ‘Children spend more time in front of screens large and small, watching almost three hours of television per week day and even more on weekends, which is far in excess of the recommended one hour a day.’

Clearly junk food is a favourite among teenagers: more than two thirds of adolescents eat fast food three times a week. And we score the highest in Africa when it comes to cool-drink consumption. The report mentions strategies to curb kids’ junk-food cravings, like monitoring how your children spend their pocket money and creating national guidelines for school tuckshops.

With spring upon us, now is the perfect time to encourage your children to become more active. Go cycling as a family, take a walk to the park together or go swimming at your local public pool. Outdoor gyms are popping up in municipal parks all over South Africa, so take advantage of the opportunity to exercise for free. ‘We need to reclaim our neighbourhoods and bring back the days of riding bikes and playing cricket in the streets,’ concludes Professor Lambert.

This article appeared in the September 2014 issue of the khuluma magazine.