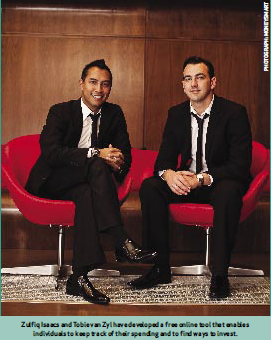 South Africans spend more than they earn. That’s the sad reality, a fact laid bare by the country’s extremely low savings rate. In the first quarter of this year, SA’s gross savings ratio measured 17.1% of GDP, from an average of 15.4% in 2008. ‘Household savings accounted for just 1.5% of GDP and is on a long downward trend,’ says Lullu Krugel, a senior economist at KPMG. ‘A low domestic savings rate means the country must rely on foreign money to finance growth – money which can be withdrawn at the first sign of market instability.’
It’s a problem which government is the first to acknowledge. Speaking at the launch of Savings Month in July at the SA Savings Institute, Deputy Finance Minister Nhlanhla Nene admitted that the country relied heavily on foreign capital to fund its current account deficit. ‘It is crucial to raise the level of our national saving in support of both short-term economic stability and long-term productivity growth and prosperity,’ Nene commented. ‘Higher domestic saving makes an economy less vulnerable to sudden reversals in capital flows.’

Krugel believes that the current low savings rate can be attributed to a combination of low disposable incomes and a low propensity to save. ‘A major contributor to South Africa’s low average incomes is the high level of unemployment,’ she states. ‘The official unemployment rate was 25.2% in the second quarter, but with a labour force participation rate of just 54.7%, it is clear that the true number of people out of work is much higher. A rising tax burden on the working population reduces disposable incomes, and rising inflation prevents incomes from stretching as far as they did previously.’
It’s a situation that’s compounded by the rising cost of living. ‘Factors contributing to the steady increase in inflation include rising electricity prices, rising fuel prices and rising food prices,’ comments Krugel. ‘In addition, those living in Gauteng will also have to fork out significantly more in future for the use of the highways in and around the province. This could put upward pressure on inflation, further eroding the disposable income of South Africans and their corresponding rate of savings.’
But rising prices aren’t the only contributing factor. Debt is also a looming spectre. Says Tendani Mantshimuli, consumer economist at Liberty Retail SA, ‘Part of the reason why households are unable to save is that their debt levels are very high. During the first quarter, household debt as a percentage of household disposable income was 76.8%.’ She is convinced that working down high debt levels while interest rates are still low is the first step towards financial freedom.
Some analysts argue that it isn’t only those earning low incomes who battle to save. Comments John Field, CEO of FedGroup: ‘High-income earners are usually overburdened with hefty income tax levels. This leaves very little in their pockets for saving.’
Field maintains that South Africa has become a consumerist society – with people in all income brackets extending their debt to acquire what they desire. ‘Instead of saving for big purchases, South Africans look for the quickest way to get what they want,’ he says.
It’s a topic that Tobie van Zyl, CEO of MONEYSMART, feels passionately about. Together with co-founder Zulfiq Isaacs, he’s developed a free online tool that enables individuals to keep track of their spending and find ways to invest. ‘Unfortunately many people use their disposable income to calculate the amount of credit they can access to fund a lifestyle that keeps up with the Joneses,’ Van Zyl says. ‘In the short term, these people become part of the 13 million credit-impaired South Africans, 94% of which cannot retire in the long term.’

As emerging markets go, South Africa does not compare favourably when it comes to savings. ‘According to the Institute of International Finance, South Africa’s gross national savings rates have averaged about 15.5% of GDP since 1994, as compared to 24% for emerging countries,’ states Mantshimuli. ‘This is primarily because of the differences in the rate of household saving. In 2008, for instance, household saving in China amounted to 28%, while that of India was 32%. Here at home, household saving as a percentage of GDP was just 1.5% during the first quarter.’
An underlying cause could be the country’s low life expectancy. ‘Globally, one of the biggest incentives for individuals to save money is to provide for their old age,’ says Krugel. ‘However, South Africa is one of the few countries in the world to have experienced a reduction in life expectancy in the past few decades, diminishing the impact of this incentive. Furthermore, the means test component of the state old-age pension creates a disincentive for those on low incomes to save.’

With 11 million of the population’s 48 million receiving grants, it’s crucial that government finds ways to make saving money more attractive. As Nene has pointed out, ‘Low levels of individual saving add to the burden on government to provide retirement assistance and increase the need to raise taxes for this purpose. Building a culture of savings in South Africa is vital in ensuring that higher economic growth is sustainable.’ 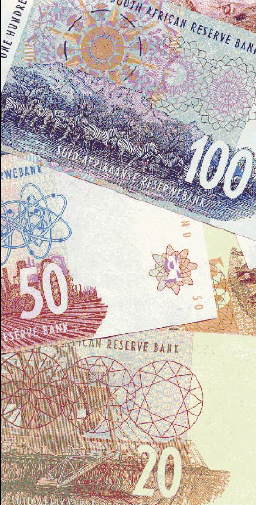 But how? Field believes the process of saving should be streamlined, especially for the poor who are paid in cash: ‘While banks have made significant progress with cellphone banking, there is a substantial portion of the population who are still unbanked,’ he says. He points out that the habit of saving, no matter how small, is as important as saving itself.
Mantshimuli’s advice is for consumers to get a handle on their debt in order to save. ‘Since inflation is beyond anyone’s control, the first thing to do is to reduce your debt to manageable levels. That way you can use the income freed up to cushion yourself from higher prices.’
Van Zyl adds a different perspective: Visualise what it is you want to save for. ‘Savings can be a tedious subject and loses its value in the long run,’ he says. ‘But it’s still a subject needed to be taught as it forms part of the marathon planning process to become an investor and ultimately financially independent. The root of this problem is that the knowledge and skills to invest are not being shared in our educational system and even less within our working environment. I believe people cannot bank their success into a savings vehicle without knowing what they are ultimately saving for.’