“Curiosity killed the cat.” I heard that a lot as I was growing up. It was an expression that didn’t quite make sense to me, although I could tell by implication that curiosity was not such a great quality. Not if it killed a cat, that is.

Why is it that something that is really part of being human – having a natural sense of “What’s this?” when we encounter something different or unusual – is frowned on at the very time in our lives when we are most open to new experiences? I remember how irked I was when a relative remarked that my eldest son must stop being so inquisitive. I wanted to jump up and give the person a good shaking. What is so wrong with being inquisitive, I wanted to know. In the end, I let it go with a half-hearted protest.

But really, now that I come to think of it, entire professions are based on curiosity. Science, for instance. Or astronomy. Discovering new phenomena in nature or cures for diseases. Those are good things, right? And take me. I’m a journalist. Well, a recovering one, actually. I would never have learnt half the things I did in my career without a healthy dose of curiosity.

I remember a press conference with the former (and arguably best) South African finance minister, Trevor Manuel. He was talking about “building capacity” at municipalities. I had no idea what that meant, so I asked him. He explained it meant helping municipalities who were struggling to get their affairs in order. Much clearer than “building capacity”, not so? 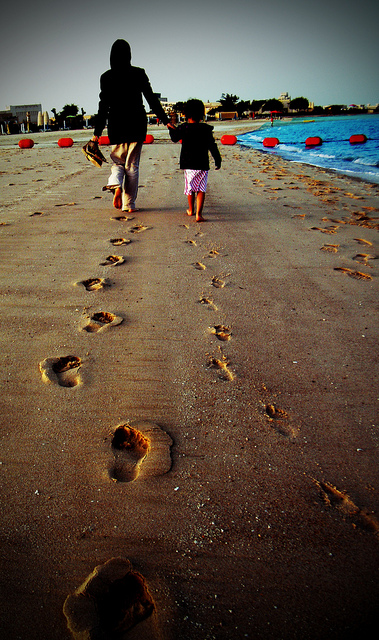 If we don’t allow our curiosity to ask the right questions, we’ll never find out the real answers. I’m reminded of Moses and the burning bush. God spoke to him from the bush, but only after Moses went closer to examine it. He was curious. A bush that’s burning, yet not being consumed – huh? How does that work? And then God asks him to take off his sandals – to humble himself and come forward, and he does.

Take off your shoes. That makes me think of how much information we take in through our senses – through touch, in particular. Ever tried doing Pilates with your shoes on? It’s not much fun. When you take your shoes off, you’ll find the exercises come more easily, your body becomes more supple and lithe. My favourite is walking on dew-laden grass barefoot. Or beach sand sinking through your toes.

I, for one, will not be discouraging my children to be inquisitive. The British educator Charlotte Mason, who has an enormous following among homeschoolers around the world, said that teachers should nurture a child’s inherent curiosity because it makes learning much easier and more pleasurable. 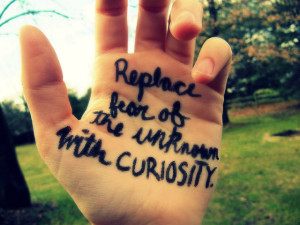 My dad was a great example. Whenever we came to him with a question as kids, he’d say, “Look it up.” It may have been an unfamiliar word or an incident in history. Then we’d sigh loudly (although that didn’t move him) and flick through the pages of the dictionary or encyclopedia to find what we were after. He didn’t just leave it at that, he’d ask us afterwards if we understood and we’d then debate the various meanings of the word or interpretations of the historical event. He taught us to go deeper, stretch ourselves, keep learning, keep growing. “Seek and ye shall find” was his maxim.

It’s for that very reason that you won’t hear the expression, “Curiosity killed the cat” in our house. Curiosity probably saved the cat, or at least helped it to find its dinner. And anyway, a cat has nine lives, after all, doesn’t it?