Gather ye rosebuds while ye may

I don’t often write poetry, unless the mood takes me, although I’m realizing more and more the benefit it has on your prose. In 2014, I signed up for a free online course given by the University of Iowa International Writing Program called How Writers Write Fiction.

The first week’s exercise involved writing a haiku. Author Robert Siegel gave this advice: “The important thing to remember [about a haiku] is that it is short and I like to think of it as a single breath … Write something that you could read out loud in a single breath.” 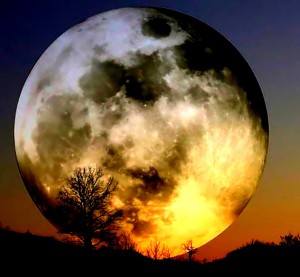 Siegel encouraged us to use poetry like the haiku as a springboard for writing fiction. The great thing about the haiku is that it forces you to use language sparingly to create an arresting image, like this one from the great poet Basho: “Felling a tree and seeing the cut end – tonight’s moon.”

Inspired by this approach, I came up with my own haiku: “An egg sizzling in butter. Sunrise and toast. The start of a new day.” It’s funny – just those few words conjured up an image for me of a bachelor living in a high-rise apartment, greeting the new day with his fried egg and toast. Immediately I felt like continuing the story. Who was this man? What boring job was he going off to do? And what catalytic event would catapult him into an adventure?

A fellow writer, Carri Kuhn, often turns to poetry to refuel her creative juices. She says from a neuro-scientific perspective, creative thinking happens when your neural pathways are open, searching for connections, unlike intelligence which is more like a super highway in the brain. She says her best poems come to her when she just allows her mind to receive them, so to speak.

As a writer, I’d like to think divine inspiration has some role to play. Take my latest poem, which I wrote in response to a prompt from the Society for Children’s Book Writers and Illustrators’ (SCBWI) monthly newsletter. Writers were asked to write “a true scene from your own life that inspires you” in 100 words or less.

I can’t say exactly where it came from, but this is the poem that resulted:

Droplets scatter, misting the air.
Two bare bottoms,
Their pale flesh flashing against the lawn’s lush backdrop.
“More, Mommy, more!”
Imp-like, their bodies twist over the spray of water.
Zig-zagging, they scamper –
Carefree, untroubled, untouched.
Time stretches on boundlessly.
Sealed in this moment,
They are frozen in my mind.
Today the garden is just the same.
Bougainvillea shouts purple in the corner.
But the smooth glistening skin is gone,
Replaced by stubbly chins and hairy chests
And wives and families of their own far away.
Only the memory lingers,
Struggling for life like a butterfly beating against the wind.

After writing this, I was in tears. What had started out as describing the innocence of two small boys frolicking in the garden sprinkler had turned into the loneliness of empty-nest syndrome. That’s what happens when you start painting a word picture – it often goes off in a direction that you hadn’t planned. It takes on a life of its own. And I suppose that’s the beauty of using poetry as a catalyst to pull you into a scene, leaving you flabbergasted at the result.

If you’re a writer, does poetry help you climb into a fictional world? I’d love to hear your thoughts.