I have a farm in Africa… 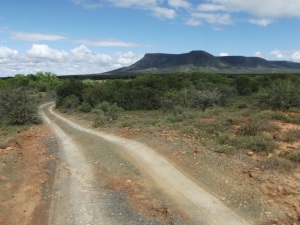 When you think of a bush lodge, the Karoo doesn’t automatically spring to mind. The Karoo conjures up images of windmills clacking in the midday heat, Ouma and Oupa sitting on the stoep sipping their coffee and dunking their rusks and sheep farm grazing about in the wide open veld. I know a little bit about this area and its desolate beauty as my mom grew up in Calvinia in the Northern Cape.

So when the invitation came to visit Samara Private Game Reserve, I was intrigued. Samara is situated near Graaff-Reinet, also in the Karoo, but on the Eastern Cape side. Could you superimpose African wildlife in the wastes of the sparse vegetation? Having accepted the invite and asked whether my husband could join me, I was about to find out. 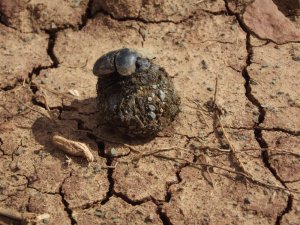 There’s no denying that there’s something very special about this 28 000-hectare patch of earth. There are four different biomes to be found in the reserve and a vast population of game, including cheetah, wildebeest, buffalo, zebra, giraffe, kudu and eland. Then there are the smaller creatures that I’m so fond of, like warthogs, dung beetles (yes, dung beetles – don’t ask me why, but I have a soft spot for them) and tortoises.

There are tortoises everywhere – you see them along the dirt track that leads to Samara after you leave the tar road. (A sign at the gate says “40km – leave speeding for the cheetahs”.) You even see wildlife right from the verandah outside your bedroom. We saw a huge group of assorted antelope stampede past us in our pyjamas on our first night there, a surreal experience. (It was too dark to tell exactly what kind of buck they were.) 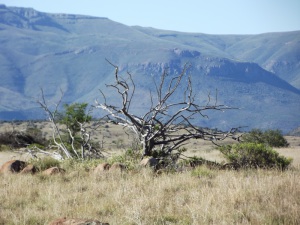 Of course, this is exactly what the owners Sarah and Mark Tompkins had in mind when they started the game reserve. (The name Samara comes from their first names combined and, incidentally, also means “God guides” in Russian.) Eighteen years ago they started buying up several farms in the area, with the aim of reintroducing wildlife and allowing the land to recover from the scars of human settlement. When you first glimpse the immense plains of the Camdeboo on an evening game drive, you understand how their lyricism could have inspired Eve Palmer to write her eponymous book. 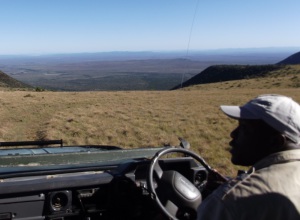 We were fortunate to have a brilliant guide in Tendai, a Zimbabwean who knows his fauna and flora like old friends. I was impressed that he even knew the Latin names of birds and plants, and pointed out the familiar stars of the Southern Hemisphere. He is a real asset to the lodge and made our experience there truly memorable. (We’ll forgive you, Tendai, for getting the Land Cruiser stuck in the muddy river on Day One.) Who can forget how we tracked cheetah on foot on the second night drive, only to come face to face with a juvenile female who had just killed a kudu calf? What amazed me was that, after some initial resistance and hostility, she allowed us to watch her from 3m away, even rubbing her neck against a fallen tree trunk in much the same way that a domestic cat would have done. It was simply unreal. 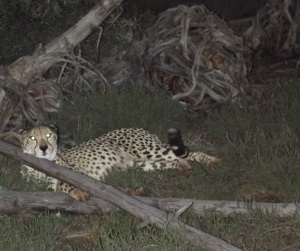 Driving back to the lodge, a hush descended on the occupants of the 4X4. We were digesting the magnificence of God’s creation that we had seen that day, the plains teeming with game, the wildebeest frolicking about in their comical gallop, the white rhino in the warm glow of the afternoon light, and of course the cheetah showing off her kill. It had been an exciting afternooon and we were only too happy to huddle under our blankets and ponchos, letting the rocking motion of the Land Cruiser calm our souls in the inky blackness of night. 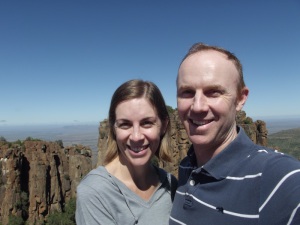 As a disclaimer, I must add that the weekend wasn’t only a media trip. Gavin and I decided to make use of the opportunity to celebrate our ten-year anniversary. We were also chuffed to meet a young couple from Port Elizabeth at the lodge who got engaged on the second night of our stay. (I heard “champagne” being whispered to the hotel staff and quickly realised he was about to pop the question.) So Samara was a fitting backdrop for romance, both for those of us who are already one decade into marriage and those who are just about to embark on it. 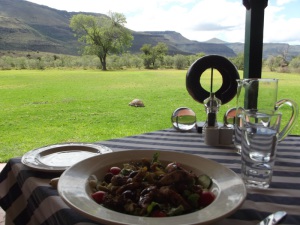 Lunch is served on the terrace. (Note the tortoise on the lawn!)

I loved the way the staff made you feel at home, like the old Victorian farmhouse might really be yours. They were friendly and welcoming, but never were intrusive or got in your way. Veronica was particularly warm, radiating honest hospitality, a true Graaff-Reinet gem. And the rooms, while stylish and elegant, were not over the top in terms of luxury and plush finishes. The true character of the old farmhouse still shone through. (Although who could resist a soak in the giant bathtub after a long game drive? Being on safari is such hard work, after all.) 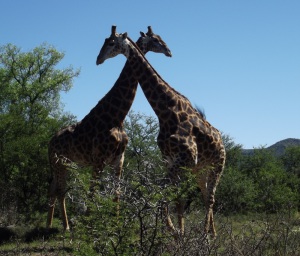 We were sad to say goodbye to Samara. The opening lines of Karen Blixen’s book kept coming to mind, “I have a farm in Africa…” Waking up in the wee hours of the morning to catch our flight from PE, we were treated to the crowning glory of our stay at this unique game lodge: the Karoo night sky before sunrise, choked with stars, the Milky Way trailing her glittering gown, the heavens alive with three-dimensional, throbbing light. It was a spectacle that will stay in my mind’s eye for years to come.

The two articles I wrote featuring Samara will be published in the the May issue of Indwe magazine and the June issue of khuluma. For more info, visit www.samara.co.za.