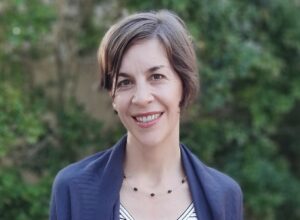 After graduating from Rhodes University, I learned the ropes as an economics radio reporter (back in the day when Chris Stals was still Reserve Bank governor). When the SABC launched its bi-media programme in 1999, I moved across to TV, working on inserts for the 8pm news on SABC3 and the late-night Business Beat. My work took me to the Election Results Centre for the 1999 national election, to Brussels for the introduction of the euro in 2000 and to the Pretoria High Court for the takeover bid by Nedcorp for Stanbic (which failed).

After three years as an economics reporter, it was time to spread my wings and travel. I went to the UK on a work-and-travel visa right after the WTC’s Twin Towers collapsed in September 2001. The mood was sombre and I was fortunate to find work in the city of London. I managed to travel within the UK and Europe on my meagre earnings, exploring Scotland, Austria and Lille in France. Returning to South Africa, I studied a PGCE in primary school education, taught for nine months at a private Christian school, au paired briefly in Normandy and returned to marry my husband.

Since then, I have fully re-immersed myself in the world of media, working first for Independent Online as a web editor and then as a feature writer for niche publisher Picasso Headline. Wanting greater flexibility after my firstborn’s arrival in 2009, I opted to work for myself. Word Count was officially launched in September of that year and I have not looked back since. I write business, health and tech articles for a variety of publications, including the Jet ClubCard magazine and Life HealthCare. My PR clients have included Allan Gray, Deloitte and SAP. I have helped academics attain their PhDs through my language and editing assistance.

And while I spin corporate words for a living by day, I dream by night. Creative writing remains what I am passionate about. I have written a number of children’s books, including The Lemon Tree, which was longlisted for the Golden Baobab Prize in 2014 and The Curry Giants, winner of a National Library of SA grant. My biography of SA artist Irma Stern, A Passionate Vision: The Story of Irma Stern was intended for children, but has been well received by adult readers, too. I’m currently chronicling the life of Peter Clarke, a Coloured artist who was forcibly removed from Simon’s Town under apartheid.

I write through the lens of my faith in Christ. I feel honoured that God made us, his human creatures, in his own image, yearning to create just as he himself created us. My prayer is that my work, my sacrifice, may be a pleasing aroma in his nostrils.