The Story Behind A Passionate Vision 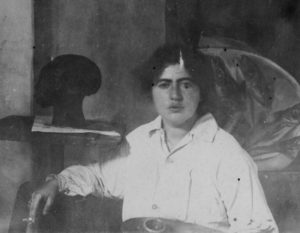 A young Irma in her studio

“It always seems impossible until it’s done.” This quote by Nelson Mandela circled around in my head as I put the finishing touches to my children’s biography of Irma Stern. Stern, born over 100 years ago, was one of South Africa’s most famous artists and her unique Expressionist style has captured the imagination of the art-loving public, with her paintings today fetching millions.

This project, like many projects, started with an idea. Susan Keegan, director of The Vine School in Cape Town, wanted to expand the curriculum of Ambleside Schools in Southern Africa. There were many European and North American artists for children to study, but none from Africa. Because my two boys attend the Vine, it didn’t take long for Susan to join the dots. “I don’t have the time,” she told me one day, “but perhaps you do?” And so the small seed took root and I began to do research into the life of Stern.

Fortunately, there is tons of reading material on her life, but the book that influenced me most was Irma Stern: The Early Years by Karel Schoeman, published in 1994. Schoeman’s knowledge of German helped me get inside Irma’s head and heart as a teenager, gaining access to her thoughts. She was a prolific journal and letter writer, which is how we know so much about her inner life now. 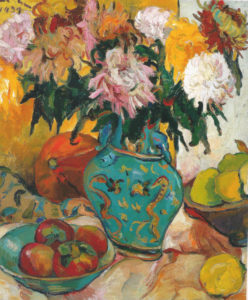 Studying her life, I was struck by the difficulty she faced in embracing her artistic personality, with its characteristic ups and downs. She felt things so intensely, which helped her create as an artist, but in her love life, it did not guide her in choosing the right mate. She was an incredibly lonely and unfulfilled person. Only in her art did she find the deep satisfaction her soul yearned for.

The other lesson I gained through researching her life was her dogged determination. She knew she was an artist and she pursued this calling, despite the unfavourable reviews her first South African exhibitions in the 1920s garnered. “The cult of the ugly” was how one reviewer judged her art. But although she sold almost nothing for the first ten years of her career, she persevered and by the time she died in 1966, she had experienced a taste of the success that she worked so hard to achieve.

What lingers most when I think of Irma Stern’s art are the vivid colours she used, her passion and her uncanny ability to see beyond the surface details and to glimpse “the true soul of things”, as her friend Richard Feldman said. I love the wall of portraits in the Irma Stern Museum in Rosebank where a host of faces stares down at you and you see naked souls revealed. 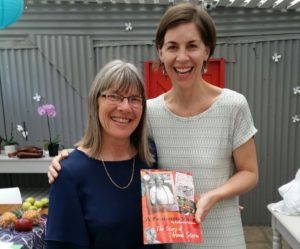 Susan Keegan and I at the book launch

I’m fortunate to have had a great team who made this dream become a reality: Susan Keegan from the Vine School, Roz van Reenen, whose graphic design skill made the cover “pop”, Comfort Adeola from Salty Print who never complained about making changes, Laddy McKechnie of the National Library of SA, Mary van Blommestein and Christopher Peter from the UCT Irma Stern Museum and my editor and mentor, Elaine Ridge. Without you, this book would not have been possible. And my friend Juliet Lawrence, who saw the green cover I had proposed and said, “Yuck! No kid will ever look at that. Go with orange instead.”

The book, A Passionate Vision: The Story of Irma Stern, was published in December 2017 by Ambleside Publishers and is available as an ebook and a paperback on Amazon. Copies of the book can also be bought for R150 from the Irma Stern Museum in Rosebank, Cape Town.