An Ode to Daydreaming 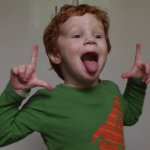 The other day I was talking to my two pre-school boys about what questions to ask your prospective wife. I was explaining to Samuel how important it is for you and your spouse to share a similar outlook in life and have the same faith. Ever the serious, diligent first-born, he seemed to be taking this in. Matthew, my youngest, was on a different plane entirely. “Mom, when I meet my wife one day, the first question I’ll ask her is, ‘Are you human?’”

Which just goes to show how differently this child thinks. And yes, fair point, who would want to marry an alien? I just love the way Matthew looks at the world in such a unique way. Most of the time he is completely absorbed in his own fantasy world. One day he’s Stinging Thunderfist the superhero, the next he’s Rainbow Shiner with light shooting out of his outstretched palms, the next he’s an orphaned dinosaur who’s been brought up by Marsians. (All this provides me with rich material for another picture book, by the way.)

In fact, it is quite uncanny how similar he is to me when I was that age. At the age of six I triumphantly announced to my parents that they should stop calling me by my real name because from then on I wanted to be known as Lauren B. Boren. Later I decided to settle for Eureka Dixon, which I still maintain is a very cool stage name. My mother got so exhausted listening to me jabbering a mile a minute that in the end she resorted to her stock reply of “Mmm” to everything I said. In my nursery school reports, it was noted that I spent a lot of time in the fancy-dress corner, making up my own games.

Of course, being absorbed in your own imaginative world is amazing from one perspective; it can be very challenging as a parent when you’re trying to get somewhere on time. I had to laugh a few weeks ago when I caught a bit of Charlie and Lola, one of the boys’ favourite TV shows. Charlie, exasperated, is trying to hurry his little sister along to get ready for school. To thwart him, Lola uses as many delay tactics as she can think of. Eventually, Charlie hit on an idea. “Lola, do you know that today is the day the dragons are going to visit our school?” he asks. Lola gets so excited at the thought that she leaps into the car and they make it to school on time. Perhaps there is a message hidden in that for mothers of daydreaming children…