When I first met Rachel Morgan, I knew we had a lot in common almost straight away. For one thing, she’s shy (an introvert like me). For another, she’s from the rolling green hills of KwaZulu-Natal, where I hail from, having grown up in an obscure village called Maidstone in Tongaat. Lastly, she’s crazy about books – reading them and of course writing them. In fact, she is something of a self-publishing phenomenon, having sold thousands of e-books, and is best known for her Creepy Hollow (YA fantasy) and Trouble (YA romance) series – and she lives right here in our midst in Cape Town. (Look out for her busily writing at a corner table the next time you go to a trendy coffee shop.) 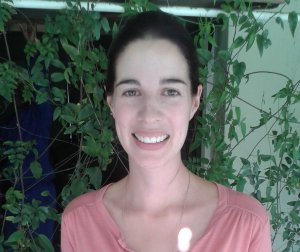 So how did she go from a Masters degree dropout to a bestselling author? I fired a dozen questions at her while we ate a leisurely brunch of salmon and camembert on roasted rye bread (yum!).

Is Rachel Morgan your real name? Morgan is my middle name. It was also the surname of my great-grandfather, Verne Morgan, who was a playwright and author. So it seemed fitting to use that name when I began my own literary endeavours. (Besides, my real surname, which is Goetsch, is too difficult for most people to pronounce!)

How did you become a writer? I’ve always loved reading books and used to live in my own imaginary world when I was little (another thing we have in common!). But I was always told that you can’t make a living from writing books (unless you hit it big, like JK Rowling), so I decided to be sensible and do something useful with my good marks. I studied a BSc at the University of Cape Town in biochemistry and genetics. I started my Masters in biochemistry at the University of KZN in Pietermaritzburg where I met and fell in love with Kyle, who is now my husband. I was very unhappy doing my Masters and realised I wasn’t cut out for it – the research was tedious and unfulfilling. Then I read the Twilight series and had a lightbulb moment. I was under the impression that if I ever wrote books, they would have to be serious works of literary fiction, but I realised that’s not what I wanted. I decided “To hell with expectations! I’m going to write what I want to write about – fantasy, romance and adventure” and that’s when I ditched my Masters degree. For three and a half years after that, I taught Maths at Inanda Seminary High School to earn a living (six months as a full-time teacher, and three years part-time, so I actually had TIME to write!). After completing my first (very long) fantasy novel (which still remains hidden somewhere on my computer), I wrote The Faerie Guardian and published it in 2012. Then in 2013 I took a big leap of faith and quit my job. That was my “make-or-break” year. With me unemployed and my husband living off modest post-doc funding, I managed to complete the second and third books in the Creepy Hollow series, The Faerie Prince and the Faerie War. Now I had a series, all self-published through Amazon and other online retailers. They did really, really well and are still my strongest bestsellers.

How do you market your books? I think it works well if you write a series because then readers will be drawn to your other books. Once you get picked up by Amazon’s algorithms, your book gets seen by readers who like reading other works in your particular genre. I’ve also done innovative things like marketing my e-book with others in a book bundle – readers get to buy ten books for 99 US cents. It’s a loss leader, but through strategies like this, your work gets exposed to a different audience and you pick up more fans and readers along the way who are drawn to your other books. I’m also active on social media which, while it may not always bring in new readers, helps me build relationships with the readers I already have and keep them up to date on my forthcoming releases.

You are very honest about your sales. In 2014 you sold 30 000 e-books, three times the number you sold the previous year, and your free titles were downloaded over 100 000 times. What motivates you to be so transparent? I’m inspired by other e-publishing writers like JA Konrath and Hugh Howey who have always been very upfront about their sales. Having said that, I do think the “indie goldrush” is over, which means it will be harder for e-publishing writers to make sales this year.

What do you like about e-publishing? I’m very much a DIY person. I like to be in control of the entire process, from writing, to formatting, publishing and marketing my books. E-publishing allows you to do that. You also make more profit through e-publishing than you would as a writer using a traditional publisher, although here in South Africa, I think many writers still prefer the thought of their books appearing in hard-copy format in book stores.

How long does it take you to write a book? My first book, The Faerie Guardian, took me a year to write, but that was because I was working part-time. Generally speaking, it takes me three to four months to write a YA fantasy novel (mine are generally 75 to 90 000 words long), while a romance novel takes me two to three months (about 55 to 70 000 words long). Most days I write 2 000 words. If I’m close to a deadline and panicking, I can write up to 5 000 words a day!

Who is your favourite character in your own books and in the wider world of fiction? Violet, the central character in the Creepy Hollow series, is my favourite self-created character. I’m drawn to strong heroines who can stand up for themselves. That’s why characters like Katniss from The Hunger Games, Hermione from the Harry Potter series and Clary from The Mortal Instruments resonate strongly with me.

Do you like to have a message in your books? Yes, as a Christian I do like to weave a moral message into my books, although quite subtly. In the Creepy Hollow series, for instance, forgiveness is an overarching theme. Violet refuses to forgive somebody who betrays her and that’s when everything goes wrong in her world. Ultimately, when she is able to accept responsibility and forgive him, she finds restoration and all is put right.

What is on the cards for 2015? I don’t want to say too much, although readers can expect the final Trouble book, The Trouble with Falling, to be published this year. And let’s just say my Creepy Hollow fans won’t be disappointed either! I’m very excited that Tantor Media has decided to make my Creepy Hollow novels available as audiobooks. They bring out 80 new audiobooks a month, so clearly there is a demand out there, especially overseas where lots of people spend hours commuting to work every day. I’m also looking forward to my new book covers being launched. I hired a photographer in the US to arrange the shoot, and she did an excellent job, so watch this space!

What do you like doing in your spare time? Reading, obviously, watching TV series like Downton Abbey, Once Upon a Time, and Modern Family, listening to country music (a newfound favourite since discovering the TV series Nashville!) and epic movie soundtracks (which inspire my fantasy writing).

Where do you get your inspiration from? I don’t keep a journal, but I have a file (a real-life one!) where I keep any notes and ideas I scribble down, as well as a document on my computer where I write everything from interesting scraps of conversation to character traits of people I know. I scrutinise the work of writers I like to pick up tips on how they’ve accomplished certain things in their books. This is a great way to learn the tricks of the trade.

What other genres attract you? Dystopian and steampunk – a genre which includes books like The Golden Compass, which is set in the Victorian era during the time of steam inventions, but has a magical element superimposed over it.

Advice for aspiring e-publishing authors? It’s best to write a series and then publish your books in quick succession, which helps you build up momentum. Making the first book in a series free also helps.