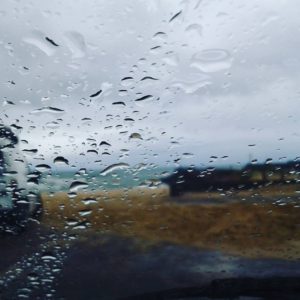 “Poetry is language at its most distilled and most powerful.” – Rita Dove

I love reading fairy tales, especially those by Hans Christian Andersen. I think it’s because you know that his stories, however lyrical, are actually pointing at deeper truths, as with The Ugly Duckling and The Emperor’s New Clothes. As an aside, did you know that the Disney film Frozen is based on one of his stories, The Snow Queen (with shades of CS Lewis’s White Witch?) Anyhow, while I was at my local library recently, I came across a wonderful anthology of Andersen’s lesser-known stories, called The Nightingale and Other Tales, illustrated by Mary Tozer.

The first story in the collection, The Goblin at the Grocer’s, left me pondering. In it, a little goblin who lives with a grocer is entraced by a student’s book of poetry from which he reads in his attic every night. “How bright it was in the room!” Andersen writes. “…there was a sound of wonderfully beautiful singing.”

So enraptured is the goblin by the student’s poetry book that he considers leaving the grocer for good. But then he considers the matter of the porridge – every year at Christmas the grocer gives him a bowl of porridge with a lump of butter in it – and even when a fire breaks out in the house opposite and the goblin rescues the book of poetry, realising how much he treasures it more than anything else, he can’t give up the grocer. Why? Because of the porridge, of course. 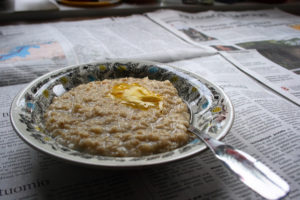 In my own life, I am like the goblin, too – and so perhaps are you. I am torn between two conflicting demands – to fulfill my yearning to be creative and the need to earn a living. Writing articles for magazines is great and it earns me an income, but writing books is what makes my soul sing. Porridge or poetry? The grocer or the student? In the end, the goblin had to make a choice and I think he made the right one – to divide his time between the two, peeping into the student’s keyhole at night to listen to the glorious poetry and going downstairs to receive his bowl of porridge from the grocer. The sensible choice, right? One day, though, one day, I hope to earn a living from poetry, not just from bowls of porridge.