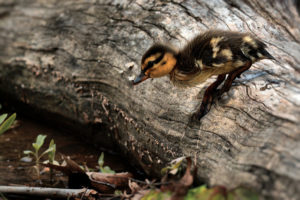 Doing something new is always a bit scary. Especially if you’re naturally a bit of a chicken like me. When I left full-time employment to become a freelance writer in 2009, it was a transition, sure, but not such a big one. I’d been writing for magazines and newspapers for years, so it wasn’t really a big deal. I had the contacts, I had the skills, so it was merely a question of setting up a new email address and hey presto! I was ready for business.

But when I started to change career two years ago from journalism to creative writing, that felt big. Really big. Especially when I started putting myself out there, publishing my first e-book on Amazon. I felt naked, exposed. What if people laughed at me, like in The Emperor’s New Clothes? When you’re a journalist, you’re always writing about something that actually exists, be it bed linen, cupcakes, party planning, retirement savings, etc. (Incidently, I’ve written on all of these topics, some of them – like not overspending at Christmas – multiple times.) But when you’re writing fiction, your heart is in it, people can see what you’re thinking and feeling, even if it is only through your characters. 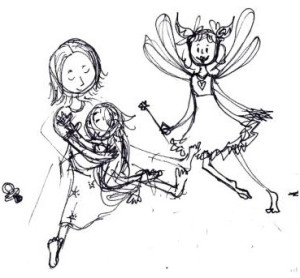 And what if you fail? What if you fail? That seems to be the question that plays itself over and over again in your head. When I published The Dummy Fairy on Amazon in November 2014, I was devastated after the first few weeks of sales. Why was no one buying my book? I had poured myself into it and it wasn’t getting the glowing reception that I had hoped for, not by a long shot. Thankfully, like Elijah on Mount Sinai, I heard a gentle voice reassuring me: “Keep going. Follow your own bright star.”

And so I did. I keep writing books and stories, investing as much as I can into my craft. It’s a hard, lonely journey. There is plenty of rejection along the way, but encouragement, too. I’m so grateful for the support I’ve received from others – those in Cathy Eden’s writing group (our monthly Wednesday morning meetings with muffins and tea in her Victorian house were sublime!) and also the helpful criticism of Elaine Ridge and Cicely van Straten. Being a member of the Society of Children’s Book Writers and Illustrators (SCBWI) has helped me realise that I am not alone in this journey of writing. There are many others who faithfully pound away at their keyboards every day, hoping to one day fill a child’s life with the joy of reading a new story. 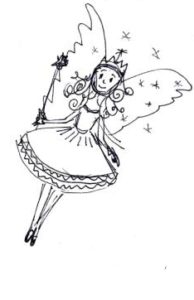 And seeing as Thanksgiving has just passed (even though we don’t celebrate it in South Africa), I think I have permission to get a bit emotional. I am thankful for my husband for his unstinting support, for encouraging me to go beyond what I ever thought I was capable of. After a year of publishing my own books, he said to me one evening: “You should run a self-publishing course to help other writers achieve what you have.” I was taken aback. Could I really do that? I’d never given a PowerPoint presentation in my life before! “Of course you can do it,” he replied casually. And because he believed in me, I somehow found the courage to run my first Self-Publishing DIY Course in November 2015. I’m now planning my fourth in February 2016 and although I still get butterflies every time beforehand, I must say it gets easier and easier every time.

So, whether it’s a small step you’re contemplating or a giant leap into the unknown, know this one thing: it is possible. No matter how pee-in-your-pants scary it may seem, it can be done. The Dummy Fairy, the same book I wrote off two years ago, is now one of my bestsellers on Amazon, with a redesign planned soon. Whatever the change you face, take heart and be encouraged. All it takes, as Peter Pan so aptly put it, is a bit of faith, trust and pixie dust.