Elise was not your average aunt. For one thing, despite her great age, she refused to let you call her “Aunty Elise”. It was just “Elise”. For another, she did not go in for the things you would normally associate with an old relative. No baking rusks or sitting in an armchair sipping tea for her. When I asked her what she wanted for her 80th birthday, she said, “A pair of skinny jeans.” I kid you not. She entertained and fed her guests bowlfuls of pasta. She stayed up late watching European football with her Italian husband Maurizio. She checked emails on her phone and kept up with the latest news. 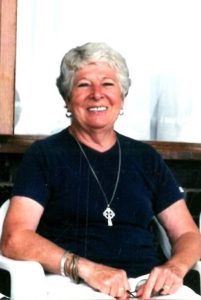 Not only in old age did she defy stereotypes. As a young woman, she broke with her conservative Afrikaner upbringing. She left her home town of Calvinia in the Northern Cape to study in Cape Town at a secretarial college. As soon as she’d finished, she went to work at the SA embassy in Paris. In Rome she met Maurizio, a promising architect-artist, and confounded her father’s predictions that she would never marry. She converted to Roman Catholicism, which caused minor shock waves in her family, and married Maurizio at the age of 39.

Like her father Boet Wahl, who wandered from dorpie to dorpie with his wife and three daughters in tow, raising and selling sheep, operating a hotel and later a hardware store, Elise was by nature a gypsy. She loved travelling. If she and Maurizio weren’t in their flat in Sea Point, they were in their country home in Greyton. If they weren’t in South Africa, they were in Italy. If they weren’t in Italy, they were travelling abroad – England, Russia, Croatia, Turkey. We envied their holiday destinations. Wanderlust was in her blood. 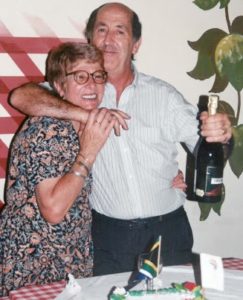 She had a unique gift for hospitality. A party of 30 guests for a New Year’s celebration in Greyton didn’t daunt her. She would pour herself a glass of white wine and begin her pot of lentils at around two o’clock in the afternoon. “Maurizio, can you buy me two packets of brown onion soup?” she would ask. “And go get a watermelon and some ice-cream.” Then Maurie would be sent into the village to shop while she stirred the pot of simmering lentils. (Each lentil, so it went, represented one coin in earnings for the new year – the more you ate, the more you were likely to earn.)

Then at seven o’clock, Elise and Maurie would spruce themselves up, the guests would arrive and young nephews and nieces would offer plates of nibbles. On the verandah looking out as the pink light of the sunset caught the mountains, we would chat and mingle and clink glasses. It was a very relaxed affair – always the same faces, always the same convivial atmosphere, always ending with a bowl of lentil soup and bread, followed by a slice of watermelon and ice-cream. 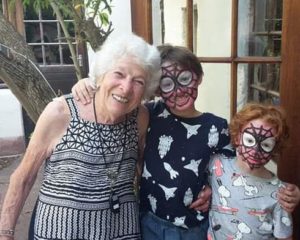 I will miss Elise’s smile. I will miss her way of talking – her unmistakable accent which was neither Afrikaans, nor English, nor Italian, but somehow all of them mixed together. Her hand gestures. Her facial expressions. Her unbridled laughter. Her sparkling eyes. When we visited her in Sea Point, she would stand waving on her fifth-storey balcony as we got into the car. I would often marvel at how long she would stand there, gazing at us and waving. A week after she died, when I left her flat after packing up her clothes and books, I thought I saw her standing there still, smiling and waving.

Goodbye, Elisa. No one will ever fill your place. While we are on earth, we will never stop missing you. Ciao, bella!