I mean, who has the time to listen to long, rambling voice notes that never really get to the point? A dear friend once sent me a voice note that was 20 minutes long. Really. I listened to the first minute or two and then the last and using a bit of guess work, typed a vague reply that I hoped fitted the tone of her message. It seemed to do the trick.

I suppose, more accurately, you could say the world is divided into extroverts and introverts. Introverts like me tend to prefer hiding behind the safety of text messages, while extroverts like to let it all hang out and broadcast their thoughts to the world. I suppose in their defence, it is quicker to record a voice note than type one out. What isn’t factored into the equation is the hassle factor of listening to their messages. While text messages are a breeze to skim through, voice notes take longer. And in the case of indistinct messages, they may take a while to decipher. What indeed is the person trying to say? Why can’t the sender just type out a message with their thumbs like the rest of us? What makes them so special that I have to do all the hard work for them? 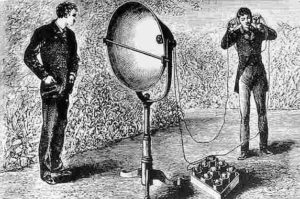 Okay, okay – I’m ranting, I know. And I can hear what you’re saying. Like most things in life, there is a time and place for voice notes. Like your family singing happy birthday to you – that is pretty special. Or a long-lost friend abroad reaching out by sending you a heart-warming voice note. And of course if you’re stuck in traffic and only have a second or two, hitting the record button to say you’re running late is completely understandable.

But those situations are few and far between. For most everyday situations, text notes come out tops, which is probably why my cousin at one stage had “No voice notes, please” as her WhatsApp profile. They may be convenient for you, but spare a thought for the rest of us, please.

My husband turns briefly from the steering wheel to look at me. “You… you’re recording a voice note?”

My friend Vikki’s ebullient voice demanded a response that matched it, so I impulsively hit the record button, too. We were going away on holiday, after all.

“And what’s that meant to mean?” He raised his eyebrows quizzically.

“I don’t know,” I shrugged. Which, roughly translated, meant: If you can’t beat ’em, join ’em.